What to consider before investing on land in Lagos 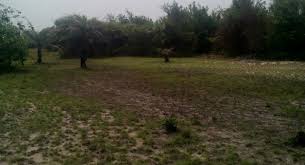 … Here are 5 key things to note before consummating transaction.

There are plots in Lagos that belong to private individuals. These plots would have been bought from either the Government or Omo-Onile. To buy a land from a private individual, It is important to verify the true ownership of the plot by conducting what is known as a SEARCH on tittles of the plots. This is to be done at the Lagos State Land Registry of the Lands Bureau in Alausa, Ikeja. Conducting a search at the lands registry requires writing an application letter to the Registrar of Titles. The application will contain the particulars of the property like the name on the title, registration particulars, address of property and survey plan of the property. The application will be accompanied by a letter of authority of the said owner of the title to the land authorizing the applicant to conduct the search. The application will also be supported by a sworn affidavit declaring the status of the applicant to conduct the search. The applicant will also be supported by a sworn affidavit declaring the status of the applicant (for instance, as the purchaser’s solicitor) and the purpose of the search. All of these documents will then be submitted to the Registrar of Titles at the Lands Registry, Alausa. The applicant will then proceed to the search room where a bill will be issued after assessment of the application. If all presented documents are in order, the applicant will be required to pay the search fees of #3,750 (It could be more in some cases depending on where the property is located) at one of the Lagos state approved banks, Although the search can be done personally by the applicant. In most cases, Lawyers are engaged to conduct the search for speedy and accurate results. The result of the search will show the true owners of the plots (Names and photographs) If the title of the land is a Certificate of Occupancy (C of O), the new buyer as a way of perfecting the title will have to apply for a Governor’s consent (How to apply for a Governor’s consent in Lagos State will be discussed in details in subsequent editions).

In most parts of Lagos, land from traditional land owners, popularly referred to as Omo-Onile in the local parlance are always the cheapest but also one with most troubles. When buying a land that belongs to Omo-Onile, it is important to verify the family that has got actual rights over the land. This can be done by talking to people who have bought land in the area. When paying for the land, It is also important to ensure that all members of the family (immediate or extended) are present and a photograph or video session is arranged. It is also advisable to immediately take physical possession of the land after making payments. By physical possession, it means the buyer should either build a fence round the plot or start the actual construction of a house. That is the only way to properly secure the land from being resold by the shylocks among the Omo-Onile. You don’t have to do nine coaches, just 2 or 3 is enough to mark-out your land so that any prospective buyer of the land knows that is has already being bought and should stay clear of it. Pour gravel or sand there, Do a well on the site and visit it frequently. Hire a private security guard (Mai-Guard) to watch over the land till you have money to build something tangible. Also, titles to Omo-Onile land are usually family receipts or survey plan. Before making payments, chart the survey plan if it is available. It should be done at the Lagos State Surveyor General’s Office. This is to check for the status of the land, whether it is acquired or free from acquisition. It is never advisable to buy a land that has been acquired by the Government. Involve a Land surveyor at this stage of the transaction. He has the instruments/Compass that can be used to know the coordinates (direction located in map) of where the land falls into and he has his colleagues at the surveyor general’s office in Alausa Ikeja who he can easily call to get useful information on the condition of your proposed site. If there is a survey for the plot before, then do the photocopy and check by yourself at the surveyor general’s office Alausa, those guys there may eventually do it free for you at most you only need to pay #2,000 to #5,000.

As the former capital territory, there are plots of land in Lagos on which Federal titles are still being granted. Areas on the island where such plots are located includes: Banana Island, Ikoyi and Victoria. While on the mainland such plots can be found in areas like Apapa GRA, Festac Town, Satellite Town,Ikeja GRA, Amuwo Odofin and in Aburo, Abesan Estate and Gowon Estate extensions all in Alimosho axis. Title to such plots is a Federal Certificate of Occupancy. However, buyers of Federal plots in Lagos state must know that they will not be granted approval to develop them if they do not get a Lagos state title. The process of doing that is known as Regularization of Federal Government title. The implication of this is that buyers of the Federal Government plots in Lagos state must be ready to cough out substantial amount of money to get the Lagos state title before they can get building approvals. In October 2017, the Lagos state Government created a unit under the land use and allocation department of the Lagos state Lands Bureau to handle all matters relating to the Federal titles in Lagos state. The unit is headed by the Senior Special Assistant to the Governor on land matters. (The entire process of regularizing a Federal Government title in Lagos state will be explained in future editions).

The most secured type of plot in Lagos is the one from the Government herself. There is always the assurance of getting a genuine title. However, there are rules that guide buying a land from the Government. Plots bought from the Lagos state Government are not used for speculative purposes. The rule of buying a Lagos state Government land is that it must be developed within a period of two years as failure to do that can lead to the allocation being revoked. Lagos state Government lands are in two categories: Prime and General. The prime plots are usually more expensive and are in schemes located on the island. To get a Lagos state Government land, interested buyers are required to buy and application form from the Accounts Department of Lands Bureau, Block 13/14, Lagos state secretariat, Ikeja. The rate for the form differs, depending on the categorization of the scheme. Application forms for prime schemes which are located on the island cost #5,000. The form upon purchase is to be filled and submitted to the office of the land use and allocation committee (LUAC) for verification and processing. After satisfactory examination of the completed and submitted form, the applicant will be issued with a letter of allocation which will contain information that includes: the plot size allocated to the applicant, the location, payment structure and amount to be paid. Payments will be demanded for the following: Land charges, Registration and Conveyance fee, Survey fee and Capital contribution fee. Immediately the letter of Allocation is issued to the applicant, the Allottee is given a 90 days period for the payment of all relevant fees (listed above) and failure to meet up with the payment might lead to forfeit of allocated land. Even after the Allottee has completed the payment of the specified fees, he could still lose the land if he fails to develop the land within two (2) years period as it would have been stated clearly in the letter of Allocation.

Building projects in all parts of Lagos state are guide by what is known as an approval order which spells out the permissible number of floors, size and use of a building in a particular area. Since plots in Lagos state can be bought for different purposes (Residential, Commercial or Industrial) it is important for the buyer of a land to be conversant with the APPROVAL ORDER of his/her location of choice. One of the major reasons why many building approval applications are rejected by the Lagos state Government is because of lack of compliance to approval order satisfactions. Current planning g laws in Lagos stipulates the Governor himself will approve all buildings above seven floors, while buildings between five to six floors will be under the purview of the commissioner for physical planning and urban development and structures between 3-4 will be approved by the permanent secretary of the same ministry, while building approvals for one and two-floors will be processed by the Lagos Physical Planning Development Authority (LASPPDA). 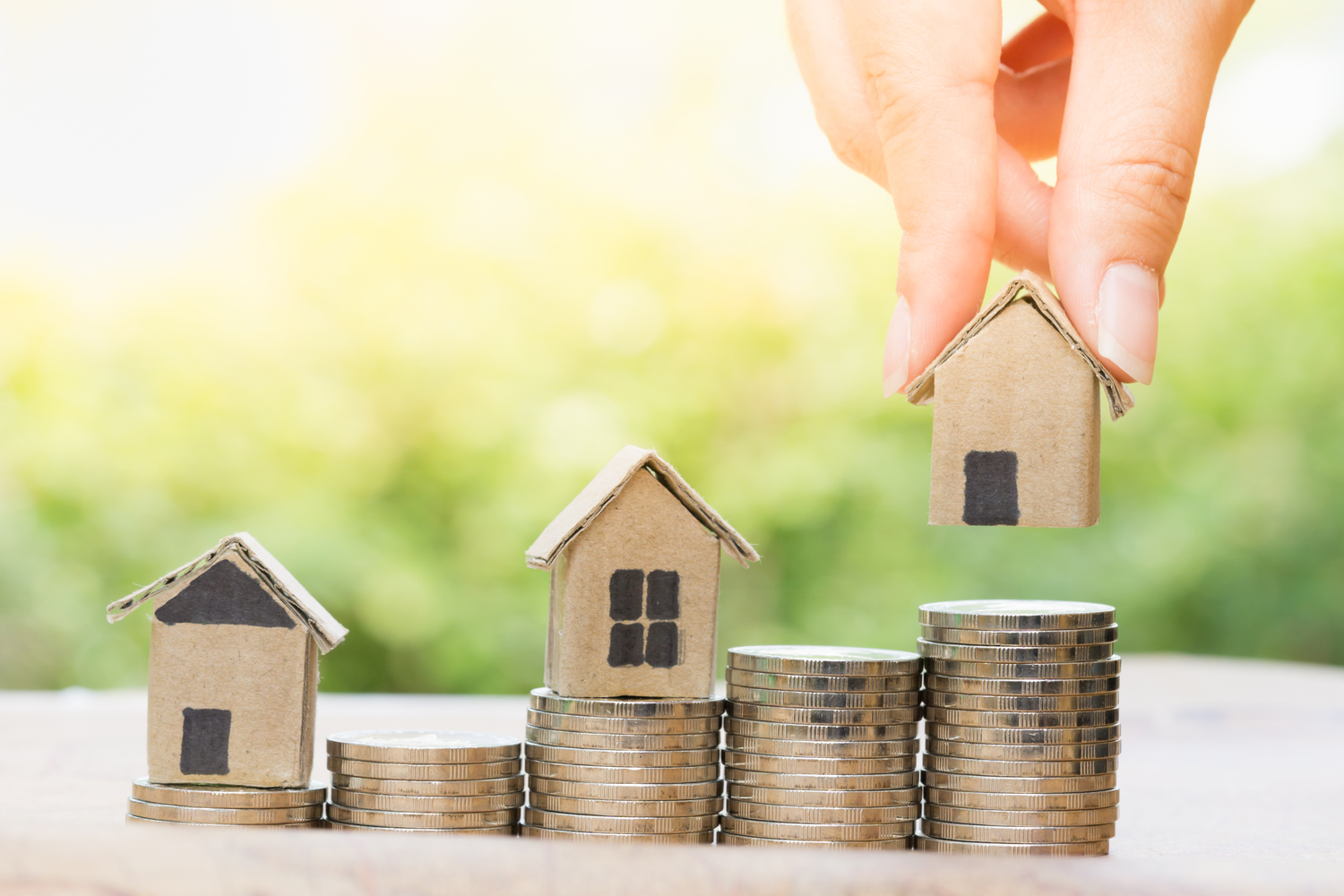 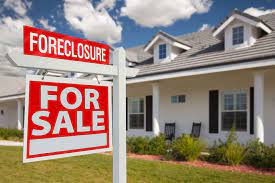 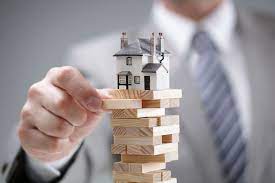 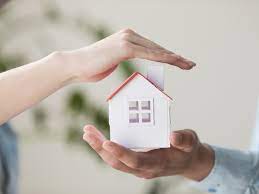 Are You Committed to Your Real Estate Investment? 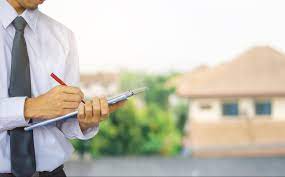 Is an Inspection Really Necessary?